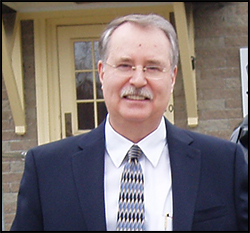 Pastor Bob Oliver has been in the ministry since 1993.  He was saved on October 3, 1986 at the age of 27, and called to preach in 1987.  He attended North Star Bible Institute in upstate New York,  earning a Bachelor of Divinity degree in 1992.

He married his wife Miriam in 1987 and they have 4 children and 9 grandchildren.  His oldest son Bobby Jr is a Pastor in the state of Maine, and his son Steven is currently serving in the Army, stationed in Afghanistan.

Pastor Oliver has served in several ministries through the years including a Pastorate in Canada, and as a Missionary to the Ute Indian Tribe of Colorado. He has had a daily radio ministry entitled “Truth & Life” and weekly television broadcasts of Sunday services.

He founded the KJV Bible Baptist Church in Hooksett, NH in June of 2013,  where he serves as senior Pastor.

Pastor Oliver has a real heart for God, and his enthusiasm and zeal are contagious, as he preaches and teaches God’s Word from the King James Bible.

Bible verse of the day

Every man according as he purposeth in his heart, so let him give; not grudgingly, or of necessity: for God loveth a cheerful giver.
2 Corinthians 9:7